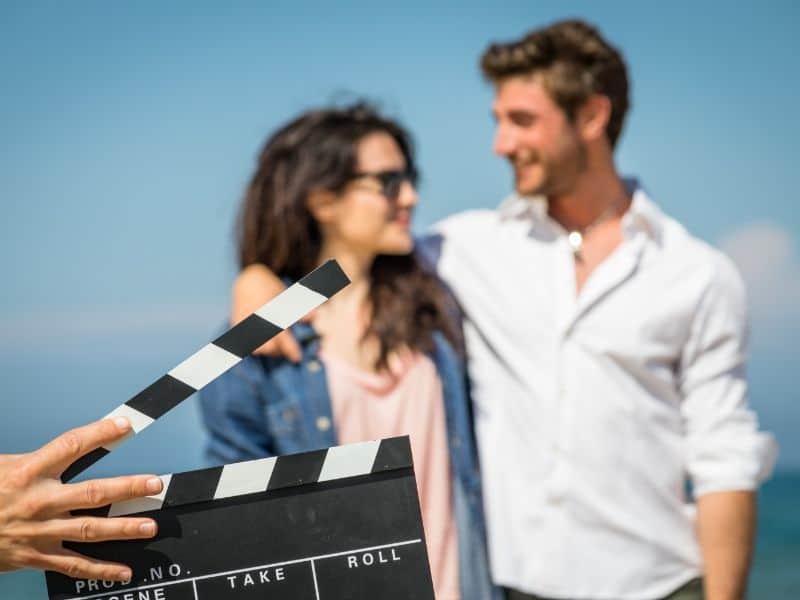 Being tall is something that can encourage people to become basketball players or fashion models. On the other hand, being short can drive people to look for careers in which it doesn’t matter if they are not tall enough.

Many feel that they could act very well, and thus they would make for excellent actors. However, not having enough inches height-wise may be the one that’s keeping them from getting in touch with talent agents.

So, does height matter in acting?

For movie and TV actors, having a short stature is generally not a big issue. There are many workarounds available that can make them appear taller. However, it may be a problem for actors on stage, as most height-related solutions from the movie industry cannot be considered options.

Whether you are too short or too tall, continue reading. If you are planning on becoming an actor, below, you will come across some of the most important matters that you need to know regarding your stature.

Once you get to the very end of this article, feel free to repost it, especially if you have family and friends whose reason for not pursuing an acting career is that they believe they do not have the right height for the job.

Nowadays, it seems like computer-generated imagery or CGI is everywhere. Just like the name suggests, it involves the use of a computer to create specific effects, usually the kinds that cannot be achieved through practical effects.

CGI can be used for making characters either smaller or bigger than the rest of the cast or the set.

It’s a good thing that CGI is not needed to make short actors appear taller. That’s because there are many old-fashioned ways to deal with their short stature, thus making them look better with their co-stars or in the scene.

Many of the tricks being used in film and television acting these days are the same ones used in the past. One of the most common of the bunch is the use of apple boxes. Actors may stand on them, thus creating the illusion that they are taller.

Allowing short actors to wear elevator shoes is another common solution. What’s so nice about elevator shoes is that they are very good for increasing a person’s height not only in film and TV but also in real life.

A more complicated alternative to the use of apple boxes and elevator shoes is what’s referred to as a forced perspective. Also sometimes called camera trick, it entails the strategic placing of cameras and the actors, too. In some instances, special props may be used to make short actors look taller.

There are Many Successful Short Actors

No matter the industry, it seems like there is a preference for tall people. This is especially true in men as being tall is associated with masculinity, attractiveness, strength, and success. Because of this, many people assume that, in order to be a bankable male actor, one must be tall.

Refrain from assuming that being a tall male is necessary for you to be able to enter the glamorous world of film and television acting. It may not seem true, but the fact is that Hollywood is teeming with a lot of short actors, many of them have appeared in many movies and TV shows, as well as received numerous acting awards.

Let’s take a look at some of the shortest male actors who are popular in the industry to prove that this is really the case:

Clearly, having a short stature did not stop the actors mentioned above from reaping success in show business. Some people might say that if you are short, you should stick to comedy as you will fit more in that genre.

There are indeed many short comedians around, such as Danny DeVito, Rob Schneider, and Kevin Hart. However, there are also many short actors out there who played leading men, such as Josh Hutcherson, Dave Franco, and Tom Cruise.

Being Too Tall Could be a Bigger Issue

There are many tall male actors out there, too. Some of the tallest of the bunch include Joe Manganiello (6″5′), Armie Hammer (6″5′), Dwayne “The Rock” Johnson (6″5′), Clint Eastwood (6″4′), and Jason Momoa (6″4′). Many of them can be seen in action movies and don’t come as a big surprise since their towering statures make them appear masculine and powerful.

When it comes to female actors, being short is not really an issue. That’s because it is associated with femininity and vulnerability, which goes very well with the presence of masculine co-actors.

However, the height may be more of a problem for female actors who are taller than average. It’s for the obvious fact that there may be limited roles available to them. For instance, it can be difficult to cast a towering female actor as a high school cheerleader or an innocent princess.

However, many of them are really famous and successful, which means that being too tall is not a detriment for having an acting career.

Show That You Can Really Act

By now, you already have an idea that height doesn’t matter when it comes to film and television acting. Whether you are tall or short, it’s very much possible for you to enter the world of acting and reap success, too, just like the many short male actors and the tall female actors we mentioned earlier.

However, it may be a problem if you are interested in theater acting as you cannot rely on solutions such as standing on apple boxes or forced perspective, although in some instances wearing elevator shoes may be an option.

Despite this, you may still become a successful actor on stage no matter your height. Take, for instance, Kristin Chenoweth — she’s only 4 feet and 11 inches tall, but she’s a well-known theater actor as well as a film and TV actor.

If you are interested in becoming an actor, do your best to make that dream come true. Focus on your acting skills instead of your height.

Worrying about your stature unnecessarily can decrease your self-confidence as well as self-esteem, which can have an unfavorable impact on your performance. When it comes to being an actor, acting comes first.

What is the average height of Hollywood actors?

Should I become an athlete instead of an actor if I’m too tall?

Height is an advantage in some sports only, such as basketball and swimming. There are sports in which the best athletes are short people.